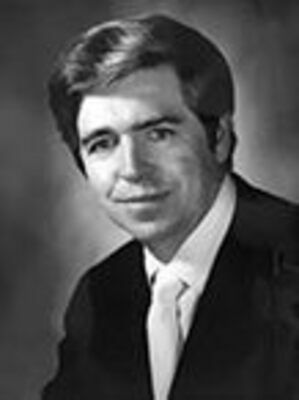 Even youths grow tired and weary, and young men stumble and fall; but those who hope in the Lord will renew their strength. They will soar on wings like eagles; they will run and not grow weary; they will walk and not be faint. Isaiah 40:30-31

NORTON, VA - Carl McAfee, loving husband, father, grandfather and friend, passed away on November 3, 2022, at his home surrounded by his family. He was born in Norton, Virginia on July 1, 1929, the youngest son of T.M. and Nan McAfee. A child of the depression, his family moved from Norton to various places for his father to find work. One location included Birmingham, Alabama. While there in 1945, Carl sold newspapers in order to attend his first college football game, Alabama vs. Tennessee. Alabama won and for the remainder of his life Carl was an avid Crimson Tide fan. Unfortunately, the team’s most recent encounter was somewhat distressing.

In 1946, Carl’s family returned to their hometown of Norton, Virginia where Carl graduated from Norton High School. He was a proud member of the 1947 and 1948 Norton basketball teams that won back-to-back State championships. He attended Lincoln Memorial University and received his undergraduate degree. Carl then furthered his education at the University of Richmond Law School.

Wanting to serve his country, after law school Carl enlisted in the Navy and served as a JAG officer at NAS Pensacola. Upon completion of his service, he returned home to Norton, Virginia to begin his career in the private practice of law, a career that spanned over sixty years. Never one to shy away from a challenge, over the course of his career Carl traveled to places far and wide and was involved in diverse legal issues many times traveling internationally. However, his greatest passion was serving the people of Southwest Virginia. Throughout his legal career, Carl mentored countless new or aspiring attorneys, always generous with his time to assist a colleague.

Carl was a life-long member of the Norton Presbyterian Church, serving in various positions over the years including elder, deacon, and trustee. For many years Carl spent hours on Saturday afternoon studying the Bible and writing a prayer that he would deliver on Sunday morning. One of his favorite Bible verses was Genesis 1:1 and often he would aver, “if you can’t believe that in the beginning God created heaven and earth, you can’t believe anything.” Carl’s faith was the most important thing to him and a constant source of his strength.
In addition to his parents, Carl was preceded in death by his brothers, Don McAfee and Kenneth McAfee; his nephew John McAfee; and his father and mother in-law, N.B. and Joann Lambert.
Those left to cherish his memory include his loving and much-loved family: his wife of 43 years, Julia; daughters Jane Sandt and her husband Gordon and Nancy McInerney and her husband Tim; sons Ronald Elkins and his wife Kathy; and Tim McAfee. He leaves behind several grandchildren and great-grandchildren, whom he treasured and dearly loved. In addition, he is survived by Sandra Robinson, his secretary of over forty years and Shirley Sluss, his secretary of over 30 years. A special thank you to Shirley for all the love and care she gave Carl over the last few years, as his health was declining. We would also like to thank all those who stood by us and lifted us up in prayer during Carl’s final days. Your thoughtfulness has been a source of our strength.
With Carl’s passing, a void is created in our hearts. But we look to his own words for strength and guidance. In one of his prayers, Carl prayed: “We pray that we can be so strong in our faith that nothing can disturb our peace of mind. Help us to make all of our friends to feel something good about themselves. Forgive us when we linger and dwell on our mistakes of the past. Help us to focus and press forward with a stronger and a more secure belief in Jesus Christ. Maybe someday each of us may take time to look back on our lives and will surely cause us to remember that the really great moments were when we gave help and did something for someone else.”

The family will receive friends on 2-5 PM Sunday, November 6, 2022, at the Hagy Fawbush Funeral Home, Norton, Virginia. A celebration of life will follow with Pastor Mike Porter officiating. Private interment will be held. In lieu of flowers, memorial contributions may be made to the Norton Presbyterian Church, 1230 Church St NW, Norton, VA 24273.