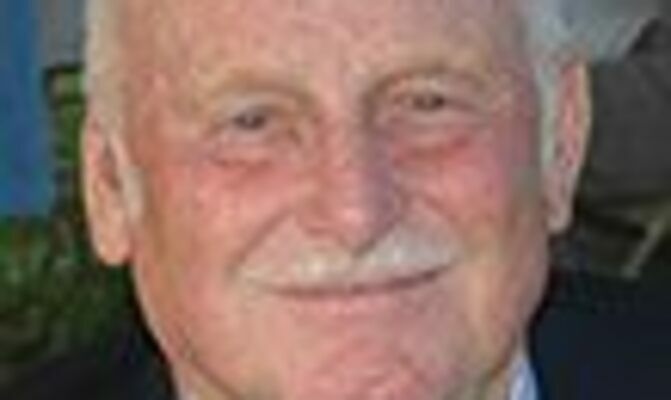 Douglas Lee Hall, beloved husband, father and grandfather passed away peacefully at his home on Sunday October 30, at the age of 87. He is survived by his loving wife of 66 years, Shelby, and daughters Suzan Ketron (Bobby) of Abingdon and Esther Oglesby (Frank) of Draper. He is also survived by his grandchildren Laura Flory (Scott) of Dublin, Brandon Ketron (Emily) of Clearwater, Florida, and Rose Oglesby of Blacksburg along with great grandchildren, Sophie Flory, Oliver and Elizabeth Ketron. Doug also leaves behind a sister, Marie Stapleton (William), sister-in-law Peggy Hall, numerous faithful nephews and nieces and a host of loving friends who were very dear to him. Doug was preceded in death by his parents, Walker and Ida Hall, along with his brothers and sisters Elmer Hall, Gladys Hall Woody, Bill Hall, Helen Hall Miner, Kathleen Hall, Aaron Hall, Gene Hall, Regina Hall and Harry Hall.

Doug was born July 20, 1935, to Walker and Ida Bradley Hall of Coeburn, VA and grew up one of eleven children. His diligence and love for being a working man started early as he spent his early years working in the coal industry as a miner, truck driver and equipment operator. He later owned and operated his own mines in the St. Paul area and saw his work through no matter the challenges he faced. He and his wife Shelby owned and operated the Western Auto store in Coeburn for many years and retired to Abingdon and then Draper in later years. Though he could boast many accomplishments in business and success, none compared to the love and pride he felt for his family. Doug married Shelby Jean Salyer on November 2, 1956, and they walked and worked together through life for 66 years. He shared a loving relationship with his two daughters, Suzan and Esther, and was a constant and loving presence in their lives. Doug knew the joy of watching his three beloved grandchildren, Laura, Brandon and Rose, as they grew up and played an active role in their lives through his final days. Later in life his greatest joy was spending time with his many close friends and family, and he had the special privilege of getting to know his three great grandchildren, Sophie, Oliver, and Elizabeth.
Doug’s youthful spirit and magnetic personality made him a friend to all he met, and he spent much of his life sharing anything he had with other people. An avid outdoorsman, Doug loved hunting, fishing, and sharing his vast knowledge of skills. He loved collecting and creating projects and was especially resourceful in finding value in anything. His work ethic was unmatchable and could only be rivaled by his great love for life and joy in sharing his blessings with others.

In lieu of flowers the family suggests donations in his memory to the Draper’s Valley Presbyterian Church Building Fund (http://www.dvpca.org/about/ways-to-give.html) or Hunters for the Hungry (https://www.h4hungry.org/donate-financially/).