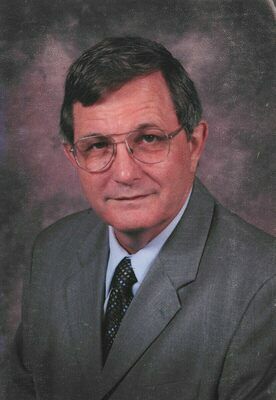 He was born July 5, 1944, in Maryville, Tn. and was a graduate of Greenback High School. He received his B.A. from the University of Tennessee after becoming a medic in the U.S. Air Force from 1966-1969. He began speaking in church at Meadow Methodist and assisting Mrs. Kirby for two years at Pleasant Hill. In 1963 his district superintendent appointed him to his own church, Sweetwater Parrish. He attended Candler School of Theology at Emory University with a Master of Divinity. He became an elder in the Holston Conference serving churches in Tennessee and Virginia. During his ministry he received his Doctor of Divinity from Drew University.

In 1999 he married the love of his life, Linda Frazier Hagy and together they embarked on a partnership and ministry together, retiring from Tacoma United Methodist Church after 18 years due to health issues.

He served as vice president of the Appalachian Cultural Arts and enjoyed performing in plays with most noted playing the role of a special needs boy in “I Just Love Christmas.” He taught the Old Testament at Mountain Empire Community College and was a member of the Appalachia Lions Club.

He enjoyed wood working but most of all family time especially playing with the grandchildren. In life he was simply known as David, preacher or Pa. He was a beloved stepfather, grandfather and father-in-law to those he thought of as his own.

He is preceded in death by his parents, Wesley Gilbert and Margaret Rankin Gilbert, a brother, Tony Ray Gilbert, and a grandson, Austin Williams.

In addition to his wife, left to cherish his memories are, Lisa Williams, her husband Gary, grandson, Keegan, and great grandson, Haydon, all of Norton, Va.; Jon Bright, his wife Katie, and their children, Emma Grace and Nathaniel Tate of Bluefield, Va., and David Hagy of Kingsport, Tn. He is also survived by his brother, George R. Gilbert and his wife Teresa; niece Susan and great nephew Hudson of Maryville, Tn.; sisters, Martha Myers, nephews Paul and Kris all of Maryville, Tn., and Marjorie Gilbert of Virginia.

A celebration of life service was held 7 PM Monday, May 30, 2022, at Hagy & Fawbush Funeral Home in Norton with Rev. Stan Tate and Rev. Ben Harding officiating. Graveside committal services were conducted at 11 AM Tuesday, May 31, 2022, in the American Legion Cemetery.

Back to school event

Women and the game of baseball