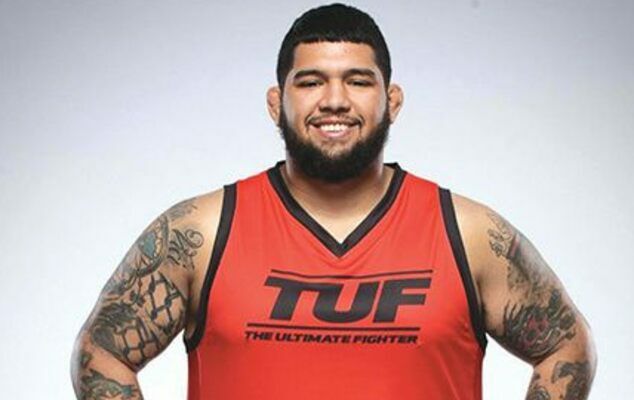 Chandler Cole poses for Team Nunes as part of The Ultimate Fighter 30. PHOTO BY CHRIS UNGER 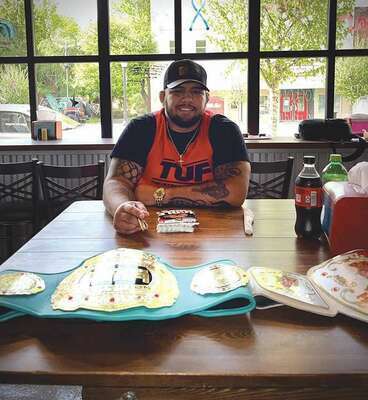 The Ultimate Fighter is a reality television show with some stamina, first airing in 2005. Now in its 30th season, the show features mixed martial artists who are vying for a contract with the UFC (Ultimate Fighting Championship). This season, you just might recognize a familiar face as Coeburn’s Chandler “The Hammer” Cole got the call to compete.

“I had been preparing for this upcoming fight (against Boom Gordon) when I got the call,” Cole said during his meet and greet at Doughmaker’s Pizza last Tuesday. “I was determined to do this fight. I said even if the UFC calls, I’ll tell them to hold. Then, they called and I definitely ate my words.”

Cole recently received national exposure when he was asked to participate in a PFL (Professional Fighter’s League) fight against eventual tournament runner-up, Ante Delija of Croatia. Another fighter was forced to drop out due to injury and Cole accepted the challenge with next to no preparation.

“I took that fight on five day’s notice. In this business, you’ve got to be fearless,” Cole said. “Even though I lost, I learned so much about myself and how good I can be when I really put my mind to it. I was just thankful for the opportunity to get the phone call.”

Despite the loss to Delija, it was only a few months before he got the call to participate in TUF 30. It had been a dream of Cole’s since he turned professional in 2016 to get to participate on the show. In 2018, he did try out, but was unsuccessful.

“It really bummed me out, but I’m glad I have had the opportunity to grow and mature. I got my head together and gathered myself. This time, I really got to go out there and do my thing and I’m excited for everyone to see how far I’ve come as an athlete and a competitor,” Cole said. “I manifested this. I’ve changed my career around. I’m a super blessed individual.”

Each season of TUF features coaches who are not only headliners in the UFC, but are rivals as well. This season will be Team (Julianna) Peña versus Team (Amanda) Nunes as they gear up for a rematch from UFC 269. Posting an overall professional record of 8-3, Cole was quickly taken by Nunes.

“I’ve always been a fan of hers. But, whenever you meet her in real life and get to see what kind of person she truly is. It’s refreshing,” Cole said of ‘The Lioness’. “A lot of people I have met have really disappointed me in how they act in person. She did not let me down. She was a blessing.”

Cole also raved about Nunes’ coaching staff and how much they contributed to his success on the show. Everyone fostered a sense of family on Team Nunes. In episode one, viewers quickly get to see Cole pep talk his roommate and friend, Nyle Bartling, who fell by decision to Team Peña’s Zac Pauga.

“I just told him that there’s just a couple of things he needs to fix. He’s the type of athlete that once he gets everything together, he’ll be a world champion,” Cole said. “I just told him to keep his head up and he will be one of the greats. We really clicked and I know he’ll be in my corner forever.”

Cole is appreciative of the followers he has on social media and feels he is not far away from getting the big endorsements needed to make a big statement. One of his main goals as his fame increases is to get his story out there and hopefully inspire others to always give everything they have to cultivate their dreams.

“I’m just a poor kid from Riverview,” Cole said with pride. “I want people to know that anything is possible if you just put all of your heart into it. I’m excited about this whole process and hopefully I can use it to do some good for someone else.”

The Ultimate Fighter: Season 30 episodes are available to stream every Monday night at midnight on ESPN+.

Broken records: Emmah McAmis is living up to an...