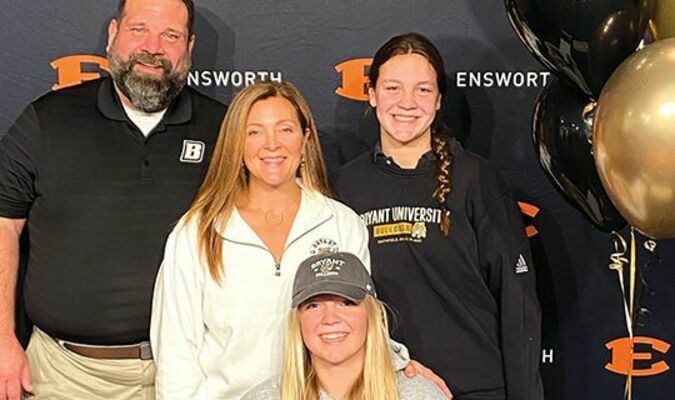 Anna Jackson of Nashville, Tenn., recently signed a National Letter of Intent to continue her swimming career at NCAA Division I Bryant University in Smithfield, Rhode Island. Jackson, a senior at The Ensworth School in Nashville, has been swimming competitively since age 8.  She is the granddaughter of Darrel Jackson of Norton and the late Anna Jackson; the great-granddaughter of the late Sam and Louise Lawson and the late Ed and Mozella Jackson and the niece of the late Susan Fore, all of Norton and Vicky Shofner, Franklin, Tenn. Anna is the daughter of Sam and Jessica Jackson of Nashville. She has one sister, Leah Jackson.

Pro-Art invites you to the circus!