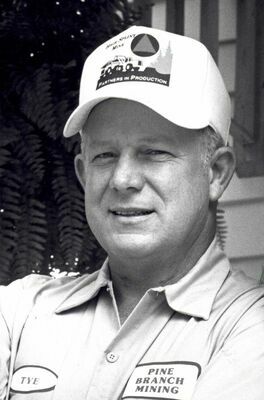 Tyrone Herbert Hash, 81, of Norton, lost his battle with Alzheimer’s disease at his home, on Saturday, September 18, 2021.

Tyrone was a 1961 graduate of Powell Valley High School, received a Bachelor of Science from East Tennessee State University class of 1966. He was an avid lover of football and played at both levels. Tyrone taught biology and physical education and coached football at J.J. Kelly High school from 1966 to 1975. He worked as a coal miner, spending most of his career with Westmoreland Coal Company and its subsidiaries. He was a member of the United Mine Workers Association since 1976. Tyrone was a member of the Suthers Lodge #259 of Norton and served as a Past Master Mason. He was also a member of the Order of the Mystic Shrine of the Kazim Temple.

All services are private. In lieu of flowers, please make donations to Alzhimers Association, or Suthers Lodge #259 of Norton Virginia. Please visit www.sturgillfuneral.com to leave online condolences for the family.

Woods marker goes up at gap