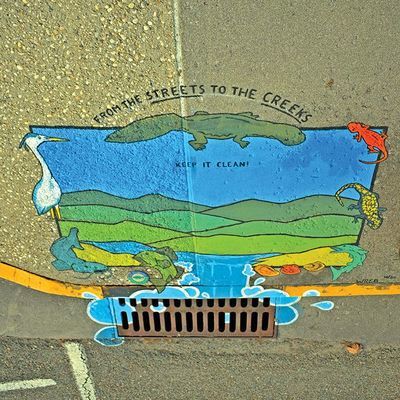 This artwork, located in front of Norton City Hall, was designed and painted by Ryan Bolling. 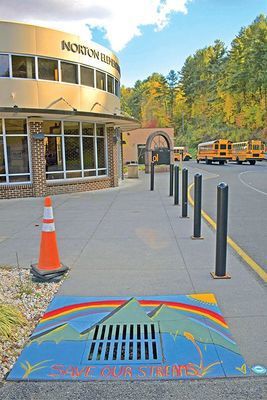 This artwork, located at Norton Elementary and Middle School, was designed and painted by Madi Jo Grimes and Preston Grimes. 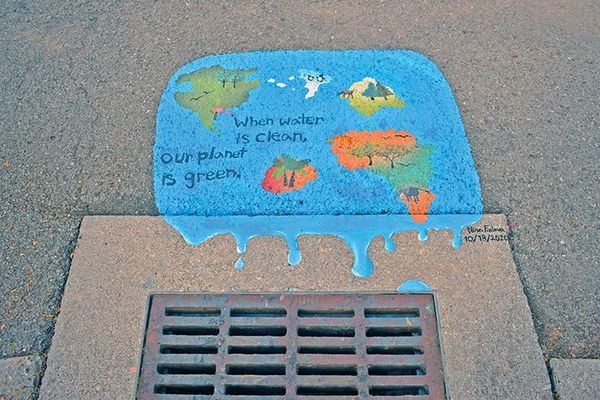 This artwork, located in a parking lot adjacent to 8th Street NW, was designed and painted by Nina S. Fialova. 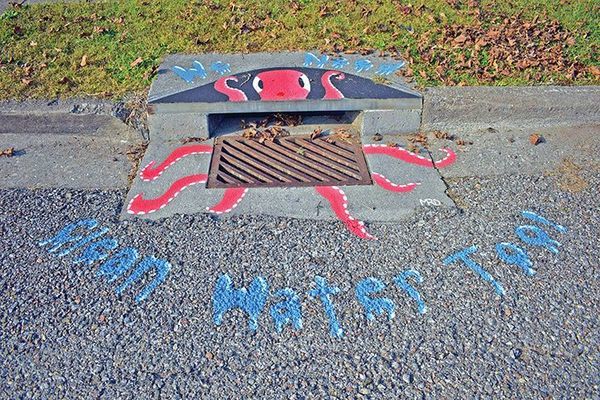 This artwork, located in Norton City Park, was designed and painted by McKenzie Dykstra.
Previous Next

NORTON, Va. – The City of Norton is excited to announce the four winners of its inaugural Storm Drain Art Contest.

The contest challenged participants to design artwork that contained an educational message about the importance of water quality to be placed at storm drains throughout the city.

The four contestants that entered the inaugural contest received $100 in prize money.

If interested in visiting the storm drain artwork, visit https://tinyurl.com/stormdrainart for a Google map detailing the location of each painting. Michele Knox, Norton Parks and Recreation Director, said the city hopes to make this an annual contest. The inspiration for the idea came from a similar project the City of Kingsport in Tennessee held.

“I appreciate Kingsport’s help in getting our contest started,” she added. Knox said she hopes the contest will help raise awareness about the importance of protecting Norton’s rivers, stream habitat, and aquatic wildlife. “I hope it will help people realize that anything that enters a storm drain doesn’t go to the city’s water treatment plant but instead directly into our streams,” she noted. “Whatever goes into the storm drains has an impact on the streams.”

The city thanks United Healthcare and Norton Lions Club for co-sponsoring the art contest. For more information about the artwork and contest, contact Michele Knox, michelek@nortonva.org or 276/679-0754. (Photos by Jana Brickett)

Lady Warriors pick up another district win over...