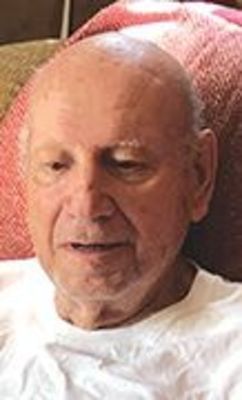 Mr. Fred Cantrell, 87, was escorted into Heaven by the Lord Thursday September 10, 2020 from the Pikeville Medical Center.

Fred was a Christian of the Southern Baptist faith and a member of the First Baptist Church of Pound. He loved going to church when he was able. He was a loving and devoted husband, father, grandfather and great-grandfather to his family and will be missed by them all. He was a retired surface miner with over 20 years of experience and a member of the United Mine Workers of America. He believed in working for a living.

Fred was proud to have played tight end for the very first Pound High School football team. He was an avid fisherman, teaching all his grandchildren how to cast an open rod at a young age. He also enjoyed hunting and just being outdoors. Fred was a man of his word, if he told you something… you could count on it. After retirement he and Geneva spent most of the winters in Florida.

Funeral services were conducted at 7 pm Saturday, September 12 in the Baker Funeral Home chapel with Reverend Tommy Shell and Elder Stacy Potter officiating. The family received friends from 5 pm until time of services.
Graveside services were conducted at 1 pm Sunday, September 13, at the Jimmy Cantrell Cemetery in Cub Hollow, Pound where grandsons and family members will serve as pallbearers.

View our recent obituaries at: www.bakerfuneralhomepound.com

Mine rescue event is held

A century of Kiwanis

Burton finishes as runner-up in both girls and ...