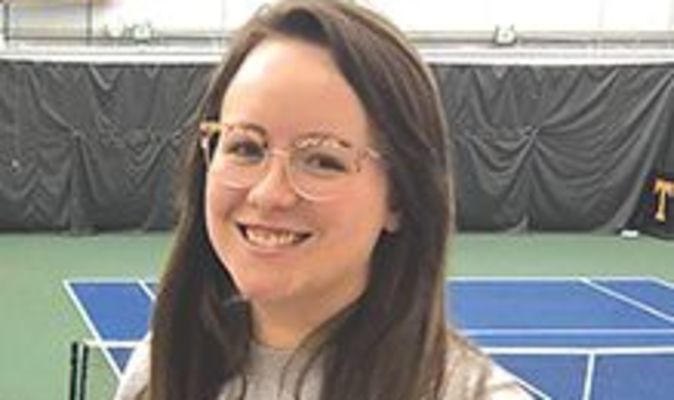 “I had no intentions of being a teacher,” Adams said on Facebook messenger. “I was going to graduate with a biology degree and attend med school. I started in upper level Spanish and decided to minor in it. And then I decided I loved it too much not to do it for my whole life.”

Adams was born and raised in Norton. She attended Norton Elementary and graduated from Burton in 2012.

After falling in love with Spanish in high school, she then decided to major in the language at UVA Wise and graduated in 2016. She still was not sure she wanted to teach.

“I helped out as an aid in the Spanish class at the high school, but just being out of high school myself, I wasn’t sold on the idea,” Adams said.

Adams attended grad school for awhile, but decided that was not her path. She then became more involved in learning how to construct a lesson plan and instruct a foreign language.

Adams found it very rewarding to teach at the lower level when students were first starting to learn.

“I wanted to be able to show them how fun it was to learn Spanish,” Adams continued. “I wanted to do it with kids who had never had a taste of it, to inspire them as my teachers had inspired me.”

Adams absolutely loves her job on the good days and the difficult days. She finds it very rewarding when a student gets excited about learning. Her students also find it very exciting to learn as sometimes they will receive candy when they have had a good day.

Adams feels very blessed in getting to work in the field she knows she is meant to be in.

“I love every single one of those kids like they are my own,” Adams said. “I love everyone I work with and I can’t imagine working anywhere else or working with better people.

The J.I. Burton High School alumni of 1953-1959 established the annual Lawson Family Award for the outstanding teacher in the Norton City Schools.

Arvil (Sam) and Louise Blevins Lawson, parents of Anna (Lawson) Jackson and Susan (Lawson) Fore had a combined 111 year with the Norton City School system. This award, which honors the legacy of the family, is presented to the teacher of the Norton City Schools who best exemplifies the attributes and qualities in teaching and mentoring for which the members of the Lawson family were known.

Since the Lawson Family Award is voted on by the senior class of J.I. Burton, Adams’s victory shows the feeling is mutual with her students.

Adams describes herself as “so honored” in being named the Lawson Award winner for this year.

The alumni are asking the community, friends, and alumni to make donations to the Lawson Family Fund to maintain their legacy and inspire teachers in Norton City School teachers to be of highest quality and to help self-motivate students to excel in education. Please make checks payable to John I. Burton High School, c/o Lawson Family Fund, and mail to the high school at 109 11th Street SW, Norton, Va. 24273.