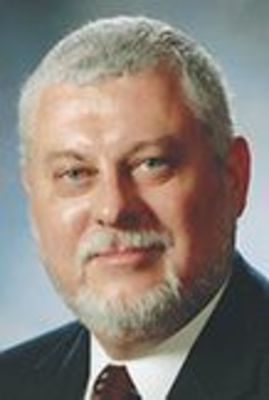 Henry Alan Vanover has held many different titles in his life: Judge, husband, father, son and friend but the name that was his favorite above all was that of Papaw. He was a fixture in his community and always will be. He will be remembered, loved and missed by all his family and friends.

Henry was born on November 24, 1951 in Clintwood, Virginia to Carter and Edith Vanover. He began drinking coffee soon after. He grew up in Clintwood, graduated from Clintwood High School with classmates who were very special to him and went on to graduate from Clinch Valley College in Wise, Virginia. He then attended T.C. Williams School of Law at the University of Richmond in Richmond, Virginia, where he received his Juris Doctor before returning to his hometown to practice law. He served as Commonwealth’s Attorney for Dickenson and had a private practice for many years before being appointed Judge to the 29th Judicial Circuit of Virginia. He was fixed on the study of outer space, world history and the legends of King Arthur.

On July 16, 1976 he married his dearest love, Suzzie. They set out on a grand adventure together that spanned time and place, full of happiness and laughter and sadness and tears, but one that was almost certainly designed specifically for the two of them to navigate together, side by side. Which is almost how you would always find them and how everyone knew them. Surely one’s name was rarely mentioned without the other one. They took care of one another and everyone around them. And, surely, they had wonderful adventures together and are the greatest examples of love and friends. They raised a family full of love and he loved watching it grow. Besides raising his family, providing for his family and loving them beyond means, Henry also had the very import tasks in the family of making his famous cornbread, gravy and pickled eggs.

Most everyone knows Henry from his service as “Judge Henry”. He had many great accomplishments during his tenure as Circuit Court Judge, one of his proudest and most rewarding being his establishment of the first Drug Court in Dickenson County and his pivotal role in helping establish one in Tazewell County as well. This was a very special program to him because it allowed him to do what he wanted to do most-help people and make a difference. There were, of course, many other duties he performed a Judge. Perhaps the one that brought him the most fulfillment and satisfaction was presiding over adoptions. He was a part of many families’ lives and it brought him great enjoyment to see families grow.

Henry practiced the Christian faith and attended Lone Pine Church in Pound, Virginia. The way he loved and cared for his family, his friends and his community are the truest examples of kindness and beatific approach towards life. He liked Westerns, Bob Dylan and Tom Waits and Iris DeMent, poker, cowboy boots and Stetson hats.

When it was discovered that the cancer Henry was diagnosed with several years ago had spread to his liver, he signed up for a study at Duke University for an experimental treatment for liver cancer. He was Patient Number One in the important study that has taught doctors so much about the disease and treatments for it. It was important to Henry to take part in the study, of course in the hopes that it would help him, but also in the hopes that the very specific and important research being done in it would serve to help other people with same condition. And it has.

Henry Alan Vanover passed away at his home on Thursday, April 16, 2020. He was with his family whom he loved and who loved him.

There are many people who will forever miss him dearly-dear friends and extended family wo all loved him and whom he loved. His mother, Edith Vanover. His “sister” Glenna Baker. But most certainly he will be forever loved and missed by his wife Suzzie Vanover, son and daughter-in-law, Benjamin and Brooke Vanover, daughter and son-in-law, Sarah and Andrew Stanley, and his very special buddy, Alan Stanley, who loves his Papaw very much and always.

Because of the unusual and unimaginable circumstances of our current situation with Covid -19, the family will have a small, private service now but are planning a future celebration of life for a wonderful man and will notify everyone of a date.