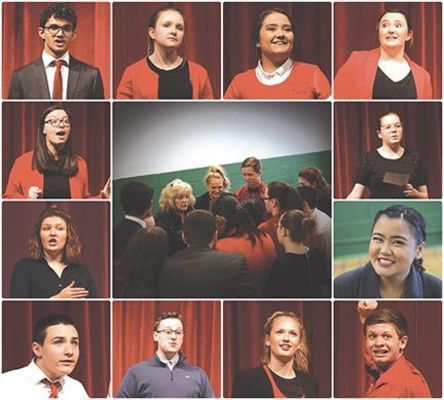 When Central High School was born from the consolidation of two schools, both Forensics coaches joined forces to lead a team of talented students that has qualified for state every year. During that time, the Central Warriors have won three VHSL State championships and two second places finishes, not to mention numerous individual titles.

With that streak on the line, the team arrived in Tazewell on Saturday March 7 ready to compete. They fought through adversity all day and refused to be denied. Coaches Debra Taylor and Jan Thompson are proud to announce that the tradition will continue as Central High School again advances to state in 2020.

The state title round will be held in Midlothian, VA on March 28. Only the best teams from around the Commonwealth earn the right to compete for the championship.

Competing in Tazewell on Saturday were:

As two time defending state champions, the team will continue to work hard over the next couple of weeks in preparation for their title defense. The Warriors will head to Midlothian with poise and a commitment to excellence. They are honored to represent their school and community with pride and hope to bring home a third straight state championship!