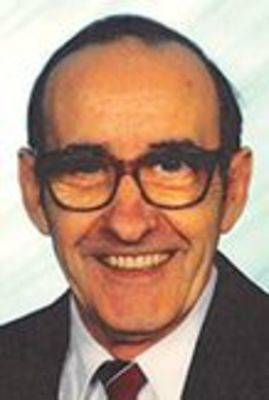 He was born on November 28, 1930 to James and Mossie (Harmon) Greear in Dante, Virginia. On March 3, 1956 he married Iris (Stallard) Greear, who resides in Defiance.

James was an active member and Deacon of  Mt. Carmel Chapel Baptist Church in Defiance, and was also a Trustee and music leader. He worked at Campbell’s Soup Company in Napoleon for several years until his retirement in 1993. He enjoyed Bluegrass music, trains, and was a huge fan of the Boston Red Sox. James was a very unique person, and will be sadly missed by his family and many good friends and colleagues.

In addition to his parents, he was preceded in death by three brothers, Claude, Roy, and W.R. Greear, and a sister, Frankie Greear.

Memorials are suggested to Mt. Carmel Chapel Baptist Church, or to a charity of the donor’s choice. Online condolences can be given at www.Schafferfh.com.

Schaffer Funeral Home Defiance, Ohio is in charge of arrangements.