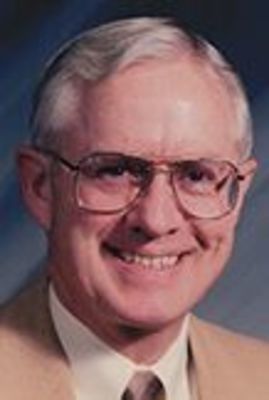 George Harris Gumm, 87, passed away at the Johnston Memorial Hospital in Abingdon, VA, on Saturday, January 11, 2020, after a long battle with Parkinson’s Disease.

George was born in the Smith Creek Community of Washington County, Virginia, to the late William Claiborne and Della Mae White Gumm. He graduated from Greendale High School in 1949 and received a Bachelor’s Degree from Emory and Henry College in 1952. In 1959, he received a Master’s Degree from East Tennessee State University and, in 1968, a Doctoral Degree from the University of Tennessee in Educational Leadership with a Minor Concentration in Curriculum Development and Sociology.

After graduation from Emory and Henry College, George enlisted for an eight year obligation in the United States Air Force, four active duty years followed by four years of ready reserve duty. He served in the USAF weather service, including two years in Japan, until his release from active duty in 1957. He received the Korean Service Medal, the United Nations Service Medal, the National Defense Service Medal and the Good Conduct Medal.

Dr. Gumm began a thirty-eight year professional career as a social studies teacher and girls’ basketball coach at Bethel High School in 1958. He concluded his career as Associate Superintendent of Schools in Wise County, Virginia, in 1996. In the intervening years he was a professor at Western Carolina University for six years, Principal of Patrick Henry High School in Emory, Virginia, and J. J. Kelly High School in Wise, Virginia. He also served as Division Superintendent of Washington County Schools for a period of two years.

George’s community involvement included membership in the Kiwanis Clubs of Abingdon and Wise from 1974 to 2014. He was also a member of the Town of Wise Planning Council and served as a member and chairman of the Lonesome Pine Regional Library Board. In addition, he served as a board member of the Wise Appalachian Regional Hospital and was a member of the board of Johnston Memorial Hospital in Abingdon. He was also a Mason and a Shriner. He held life memberships in the National Education Association, the Virginia Congress of Parents and Teachers and the American Legion.

Throughout his life, George was an active church member, from 1983 to the present at Trinity United Methodist Church in Wise where he taught Sunday School, served on the Administrative Council and chaired a number of committees. Prior to residing in Wise, he was for ten years a member of the Presbyterian Church and for fifteen years a member of the Baptist Church. In all three denominations he taught Sunday School for more than forty years.

In retirement, George’s passions were his faith, his family, his church, the Kiwanis Club and University of Tennessee sports.

He is survived by his loving wife of 55 years, Rebecca (Becky) Talbert Gumm; daughters, Cindy Gumm of Knoxville and Sue Kennedy and husband Richard of Wise; grandchildren, Eric Stickles of Knoxville, Matthew Kennedy and Jessica Kennedy of Wise; as well as an extended family including several brothers-and-sisters-in-law and many very special nieces and nephews.

The family wishes to express deep appreciation for the excellent care he received at Commonwealth Assisted Living, Abingdon. The loving kindness and attentiveness of his caregivers made his stay there special. In addition, a special thanks to the staff at Johnston Memorial Hospital for the quality care he received, making his final days peaceful and comfortable.

Funeral services for George Harris Gumm were conducted at 7 p.m. Monday, January 13 at the Sturgill Funeral Home chapel in Wise with Reverend Phillip Bates officiating. Family received friends from 5 p.m. until time of services. Graveside committal services and burial will be held at 10 a.m. Tuesday, January 14 in the Knollkreg Memorial Park, 556 Walden Road, Abingdon. Family and friends will meet at the cemetery Tuesday for services. In lieu of flowers, the family requests that donations be made to Wise Trinity United Methodist Church, P.O. Box 857, Wise, VA 24293 or Parkinson Research Foundation, P.O. Box 20256, Sarasota, FL 34276. Please visit www.sturgillfuneral.com to leave online condolences for the family.