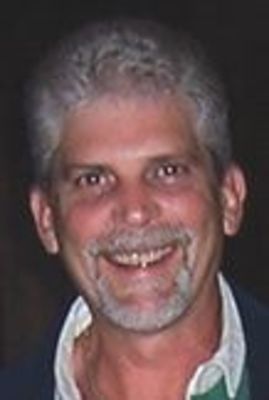 Marion Stephen McKeever rode his Harley-Davidson for his final ride on Dec. 20, 2019; his wife and son by his side.

After marrying Cynthia, his high school sweetheart, they were blessed with their son Jesse who is currently serving in the United States Navy and a student at the University of Oklahoma. Steve was the son of Marion Eckard “Gip” McKeever (deceased) and Norma Bernice McKeever.

Steve was a self-proclaimed outlaw biker, who rarely exceeded the speed limit. After tricking his mother (at the young age of 87) to sit on his bike, he took her for her first motorcycle ride. During their ride, she whispered in his ear, “I understand now”. Steve passed his obsession with motorcycles on to his wife and son who both now ride as well. His numerous hobbies included; finding sand dollars, tinkering in his garage, collecting vinyl records, golf cart rides, coaching Alabama football through the tv, pulling pranks, reminding his son that cops radar on literally every street all the time, and enjoying quality time on his boat out in the bay.

Receiving his work ethic from his father, Steve worked hard at everything he did. If he was told he couldn’t, he found a way. This was referred to as “Marion’s VDOT mode”. Those who worked alongside him know this trait all too well. Steve was immensely pleased with all that he accomplished during his long tenure at VDOT, but the most important achievement at VDOT was the sense of pride Steve took in his co-workers. He regarded them as family.

For more than 30 years, Stephen McKeever served the people of the Commonwealth through his work at the Virginia Department of Transportation (VDOT). His career traveled through five VDOT districts, from the Blue Ridge mountains of Bristol, Salem and Lynchburg to the Chesapeake Bay in Hampton Roads and Fredericksburg. His experience in survey, road design, land development, and residency management all culminated in his appointment as VDOT Northern Neck Residency Administrator in 2016.

As Residency Administrator, Steve oversaw the delivery of all VDOT projects and services in a five-county area on the Northern Neck, and he was VDOT’s ambassador to local residents and their communities. He managed more than 100 employees with an annual budget of over $11 million. He was responsible for overseeing snow removal and emergency response and led several emergency highway reconstruction projects following damage from Tropical Storm Michael in 2018. Other accomplishments included the installation of new ferry advisory signs for the Merry Point and Sunnybank ferries, which rapidly communicate operational status to drivers, and coordinating two major maintenance projects at the Robert O. Norris Bridge over the Rappahannock River.

Prior to serving as Residency Administrator, Steve worked at VDOT’s Accomack Residency on the Eastern Shore from 2012 to 2016 as the Assistant Residency Administrator. Before moving to the Hampton Roads District, he also served in leadership positions at VDOT’s Lebanon Residency and Jonesville Residency. He spent nearly five years as the Land Development Engineer for Bedford Residency, and oversaw plan design and construction inspection for work within the state’s highway right-of-way.

He started his VDOT career as an Engineering Design Specialist in Lynchburg District in 1988. Before joining VDOT, he spent five years performing survey work for Penn Virginia Resources Corporation.

Steve is survived by his beloved wife, Cynthia L McKeever; son, Jesse Lyke McKeever; mother, Norma Bernice McKeever and cherished Boxers Belle and Django. He is survived by many other treasured relatives and close friends as well.

A memorial service to celebrate Steve’s life will be held at the Welch Funeral Home Marks Chapel in Warsaw, Virginia on Saturday, December 28 at 3 p.m. and the family will receive friends at the funeral home starting at 1 p.m. that afternoon. Pastor John Collins will officiate.

The family requests that if you would like to make a donation to honor your memories of Steve that you make it to The Wounded Warrior Project, P.O. Box 758516, Topeka, KS 66675-8516 or to a charity of your choice.