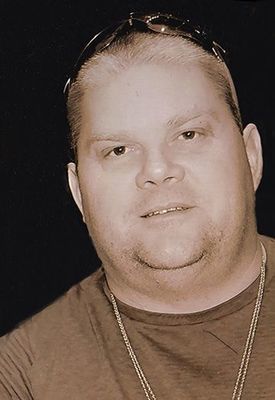 David was born in Louisville, KY on September 8, 1972 to Pat Thompkins and Alex Barnett.

He is preceded in death by his grandfather Jimmy Barnett.

David started working railroad clean-up at 17 years of age. He moved to Gillette, Wyoming with former wife Sharon Green-Barnett and their four children. He started working for RJ Corman, and worked his way up to the position of VP of the region.

On January 26, 2012 he married Kari Outzen. After many years of hard work David, Kari and friend John Tinsley founded their own business Rapid Response Railroad. David and Kari enjoyed traveling together, attending concerts, darts, going to the beach, boating, and playing slots and cards in Las Vegas. One of his favorite past times was cheering his kids on in their activities, and spending quality time with his grandchildren.

Condolences may be expressed at www.walkerfuneralgillette.com.