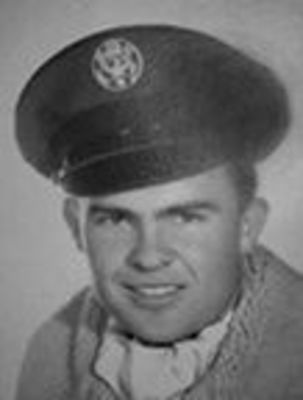 Jimmy is preceded in death by his parents and his oldest brother, Carl Edward Stewart, who died in World War II. Married to Betty Jo Holbrook Stewart for 53 years, a friend once pronounced them “Jo and Jim Stewart: a love story for the ages.”

Jimmy served two years in the U.S. Air Force; attended Hiwassee College, received his BA and MA degrees from Union College and the University of Kentucky. He taught Social Studies and History at J.J. Kelly High School for 28 years, as well as coaching baseball, football and golf there. Retiring from Wise County Schools after 33 years, he took on university golf coaching at UVA Wise.

He was a respected teacher, a loyal friend, and an exemplary husband. His sense of humor, his discipline in the classroom and his integrity in sports events, whether refereeing on a court or coaching on a golf course are legendary. An avid fan of UK basketball and the Boston Red Sox, he loved any and all sports.

Even though Jimmy’s taste in food was not always adventurous, he made a reputation for himself in cooking. Jim Stewart’s Beef Stew, labored over for hours in the cooking, was rich and spicy and thick and chock full of beef chunks and secret spices. Ailing friends and neighbors were always hopeful that Jimmy would show up at their doorstep with a pot of the savory stew. It was rumored to heal the common cold, but his recipe will now remain a secret.

Jimmy had many loves. In order of importance, he cited his wife Jo, sports of all kinds, classical music, and travel. He traveled with his wife to Spain, Israel, Turkey, Egypt, Ireland, Costa Rica, and numerous Caribbean Islands. While he would not have labeled himself a traveler, he had no compunction calling himself a cruiser. An annual cruise was always a highlight of the year, even winning over trips to watch the Red Sox play at Fenway Park and in New York; or over annual post-Christmas trips to Jekyll Island with his friends Larry Dingus, Ron and David Lawson and Ron McMurray. But his most beloved trip was playing golf at the St. Andrews Old Course in Scotland in 1993 with his nephew, Todd Bevins.

Long a member of the First Church of God in Wise, Jim was devoted to his family, friends, and his country.

Jimmy Stewart. A man for all seasons.

Graveside Services for Jimmy Clay Stewart will be conducted 11 a.m. Tuesday, December 3, with Rev. Eddie Kilbourne officiating at the Greenwood Acres Cemetery Coeburn, VA. The family and friends will meet at 10:45 a.m. at the cemetery for the services.

Donations in Jimmy’s memory can be made to Mountain Empire Older Citizens Fuel Fund, P.O. Box 888, Big Stone Gap, VA. 24219 or the Jimmy C. Stewart Scholarship Fund at the University of Virginia’s College at Wise One College Avenue, Wise, VA. 24293.