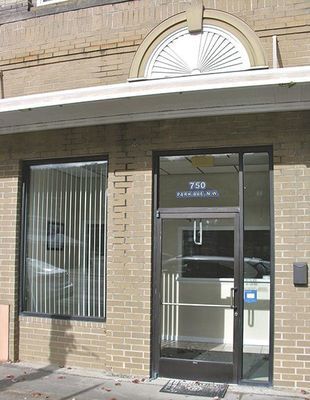 The offices of The Coalfield Progress are moving across the street.

Effective Monday, we will be located at 750 Park Avenue NW, Norton.

The decision to relocate follows the September purchase of The Coalfield Progress, The Post and The Dickenson Star by Missouri-based LCP2 LLC, an affiliate of Lewis County Press LLC.

The sale of the newspapers did not include any of the real estate, including properties in Norton and Clintwood. The buildings have been on the market for several years in keeping with a nationwide trend of newspapers divesting of real estate.

With fewer employees moving to a smaller rental space, there will be some surplus property to dispose of, General Manager Bill Endean said, noting plans are in the works for a sale of those items sometime text week.

The longtime home of The Coalfield Progress in downtown Norton was built around 1945 by then-editor and publisher Pres Atkins. He moved the newspaper from its location on Seventh Street across from the city post office. Atkins was the one who donated space to the city for what would become the downtown municipal parking lot.

Editor and publisher Carroll Tate expanded the current building in the 1970s. In the 1980s, Publisher Robbie Tate was responsible for joining in the city's facade improvement program, along with a number of other downtown property owners, which took the old half-brick exterior to its current synthetic plaster phase.