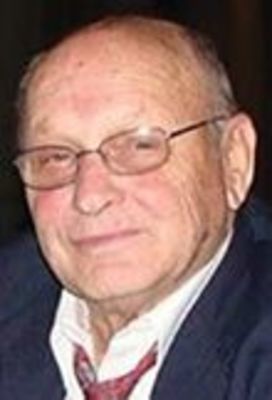 David proudly served his country as a member of the U.S. Navy from 1951-1955 during the Korean War, serving on the U.S.S. Sperry. He was the founder of Ball Construction Company and of Southwest Tool Rental of Norton. A long-time member of Norton’s First Baptist Church, David also served on various church committees through the years and took these responsibilities seriously.

An avid tennis player, David won numerous championships and received many trophies for his athletic skills. Perhaps stemming from his competitive spirit on the tennis court, David’s favorite saying was “Winning is not everything; it’s the only thing.” As a sports enthusiast, David loved all things Auburn football.

In his later years, anyone who visited with David would have gone to his “office” where he showcased his rows of tennis trophies and die-cast cars all the while being regaled with some of David’s favorite stories about when he was in the war, how he laid the foundation for this building or that building or the fun he had constructing all those stairs at what was then still Clinch Valley College. His friends heard stories of how he loved and cared for his wife, and story after story of how proud he was of his children and his grandchildren. His friends listened to George Jones on repeat if they were in a vehicle with David for longer than one Norton City block, and these same friends often shared a meal with him at the Prime Sirloin in Norton where David knew every employee’s name and most of their family’s names too.

David Ball loved life, welcomed any reason to celebrate, and will be missed.

The family wishes to thank all the caregivers, lead by Merry Pease, for caring for David in recent years.

The family will receive friends from noon until 2 p.m. Saturday, Nov. 16 at Hagy & Fawbush Funeral Home in Norton. The funeral service will be conducted at 2 p.m. in the funeral home chapel with the Rev Jim Collie officiating. Burial will follow with military honors in the Powell Valley Memorial Gardens.