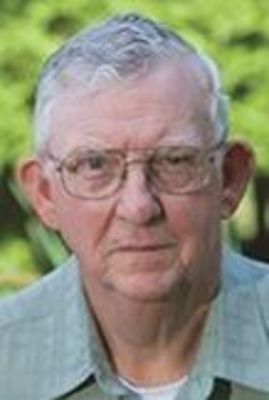 Shade is survived by his wife of over 54 years Barbara; his son, Mark (Tonya) Dingus of New Buffalo; his two grandchildren, Taylor and Easton; and two great grandchildren, Madison and Henry. He is preceded in death by his six sisters and five brothers.

Shade was born at home on Oct. 24, 1937 in Wise County, Virginia, to the late Shadrick and Mattie (Sturgill) Dingus where they lived on a small farm. He was the youngest of 12 children and like so many people of that era and area he grew up pretty poor. He probably never realized it though since most families around them were in similar circumstances. He often mentioned not having electricity until he was around 9 or 10 years old and of course no indoor plumbing. Shade was always a hard worker and at an early age was required to help in the fields utilizing work horses.

He completed the 7th grade in the 4-room Riverview School and from there on to Coeburn High School where he graduated.

Not long after graduation he followed one of his sister’s and her family to New Buffalo, Michigan. Sometime after meeting Barbara Taylor, they were married on August 22, 1964 in New Buffalo and enjoyed a long, happy life together.

He served his country with an enlistment in the U.S. Army, ending his tour of duty upon leaving Camp Zama, Japan.

Visitation was on Sunday, Aug. 25 from 2-5 p.m. at Sommerfeld Chapel in New Buffalo.

A Celebration of Life service was held on Monday, Aug. 26, 11 a.m., at the Bible Baptist Church in New Buffalo, with Pastor James Bouslog officiating. Burial followed at Pine Grove Cemetery in New Buffalo.