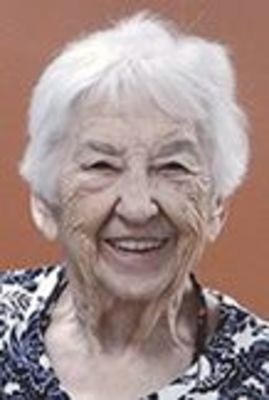 She was born in Wise County, VA; daughter of the late Alford and Martha Holbrook Hall. She was preceded in death by her husband, Hansford James “H.J.” Salyer and infant son, Alford Salyer. She was of the Baptist faith.

Funeral Services for Elsie Mae Salyer will be conducted at 7 p.m. Tuesday, Nov. 5 in Castlewood Funeral Home chapel, Castlewood, with Rev. Les Ritchie officiating. Committal services will be conducted at 11 a.m. Wednesday, Nov. 6 in Temple Hill Memorial Park, Castlewood. Family and friends will meet at the funeral home and go in procession to the cemetery leaving at 10:30 a.m. Wednesday. Pallbearers will be family and friends.

Online condolences may be sent to the Salyer family through our website and a video tribute may be viewed at www.castlewoodfuneralhome.com.

Castlewood Funeral Home is in charge of the arrangements.