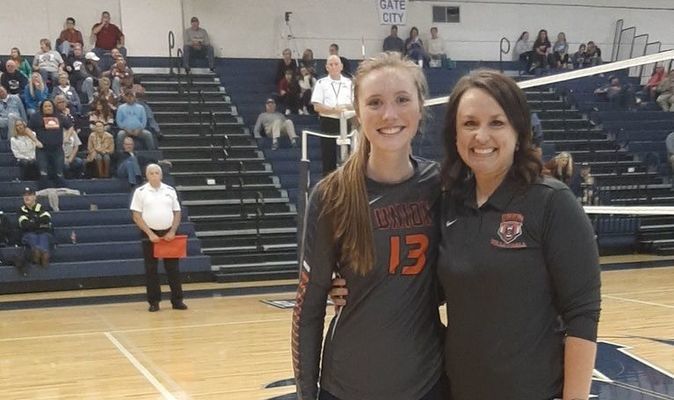 Emili Brooks and Coach Kim Moore after the recognition of Brooks' record-setting moment, 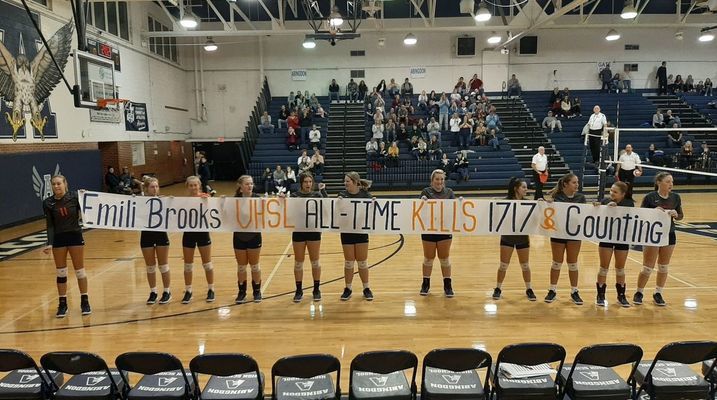 Emili Brooks' teammates salute her historic moment from the court.
Previous Next

Union High School’s Emili Brooks just set the Virginia High School League career kill record with 1,717 kills. This record applies to all six divisions of Virginia sports. Brooks has been chasing this record since her freshman year when head coach Kim Moore moved her from junior varsity to the varsity team. She has played every point on the front line since that first game.