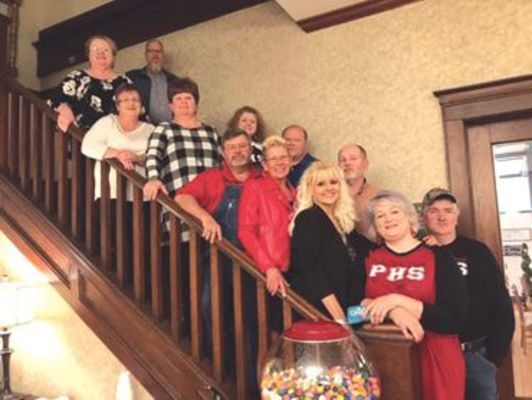 The Class of 1984, although one of the smaller graduating Classes from Pound High School, was a close-knit group. Several of the Classmates attended Head Start together. Kindergarten wad held in a double-wide trailer. Many of the classmates began first grade together in the four-room schoolhouse that sat on the hill near Pound United Methodist Church. From second through fifth grade, the Class of 1984 attended school in the former Christopher Gist High School building. Our library and several classrooms were actually Quonset huts.

The Class of ‘84 was the first sixth grade class to attend J.W. Adams Elementary School. They then began Pound High School in the seventh grade. Growing-up together and learning to “mind each other’s parents” was definitely a sign of that era. Although the Town of Pound has dramatically changed during these “kids” lifetimes and each has chosen their own lives and dreams, they still remain close, holding tightly to those memories of years gone-by.

On October 19, The Inn at Wise was filled with the same laughter, silliness, and good-natured joking as were the halls of Pound High School. The Class of 1984 has seen at least 20 classmates pass away.

Members attending the dinner voted to have an informal class reunion on an annual basis. Although some of us are now grandparents, great-grandparents, and retirees, we each succeeded and fulfilled our own individual dreams, WE made it “Against All Odds” and will remain, at least to each other, “Forever Young”!  For information or ideas for the 2020 Reunion, please contact Pam Wamsley Dotson through Facebook Messenger or Terry Short, via Facebook Messenger, or by e-mail at shorttw@msn.com.
A big thanks to all who helped plan and organize the event! We ALL had a wonderful time!

Eastside High School celebrates A Night on the ...